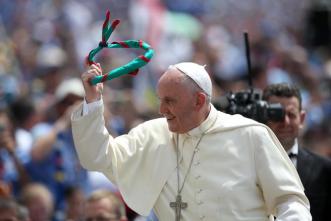 After months of speculation and expectation, the Pope has released an encyclical about climate change and our species’ relationship with its natural environment. The encyclical, which is the highest form of communication that the Pope can issue, covered everything from battery storage to deforestation, to carbon credits to ecological debt, to calling for an end to fossil fuel use. Pope Francis called on the world’s rich nations to begin paying their “grave social debt” to the poor and take concrete steps on climate change, saying failure to do so presents an undeniable risk to a “common home” that is beginning to resemble a “pile of filth”.

Up to now, he says, the world has accepted a “cheerful recklessness” in its approach to the issue, lacking the will to change habits for the good of the Earth. The Papal encyclical continues the tradition of a Catholic Church that does not shy away from social and political issues. While the Argentina-born pope is a very humble person, he seems increasingly determined to play a central role on the world stage. Though not a politician – or maybe precisely because he is not one – he commands high moral and ethical authority that goes beyond traditional partisan lines.

No one – religious or atheist – should be in any doubt that the Pope’s encyclical on defending the natural world is a big deal. Watch the space for reaction.