Rehabilitation is the action taken to repair a borehole whose productivity has declined or that has failed completely through lack of monitoring and maintenance of the pump and/or well structure.

Borehole rehabilitation usually involves so many aspects such as cleaning the capture section (pipes, pump), change of broken or rusted parts like the chain, pump head among others. Also chemical treatment like chlorination can be done with the help of competent technicians to dissolve the deposits on the pipes or strainers. Overhauling manual pumps and changing the submerged pumps that have broken down repeatedly or for long periods can also be done during the rehabilitation process. 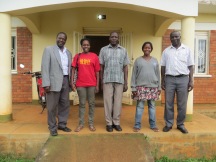 Kiganda B borehole being fixed

Nansohera community after the repair

Kiganda B community after the repair 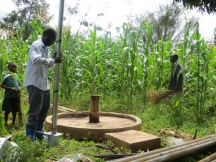 Kiganda B before rehabilitation 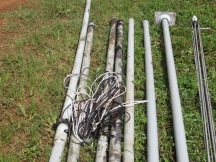