In 2017, CO2balance has been building on its successful carbon offset projects in Rwanda by conducting a corporate social responsibility (CSR) project. Building on CO2balance’s work to provide communities with clean water in Gatsibo district, the CSR project has ensured that 4 primary schools have the facilities to make the best possible use of their water supply. This has involved the provision of handwashing facilities to schools where previously none existed, as well as rehabilitation of school toilet facilities to ensure that they are hygienic, lockable and private.

A handwashing point in use at Kiramuruzi Primary School

This work has been complemented by building the capacity of schools to promote hygiene and sanitation. This began in early 2017, with the training by Rwandans 4 Water of teachers and groups of pupils on approaches to hygiene and sanitation. This led to the creation of WASH clubs in all 4 schools, which now meet on a weekly basis during term time and give presentations in school assemblies on the importance of handwashing and personal hygiene.

Ruth Muhorakeye, who is Deputy Head Teacher at Gorora Primary School which has been participating in the project, has given very positive feedback on the impact of these WASH activities. She notes that prior to the project, the remoteness of the school meant that having access to WASH information and facilities was a major challenge, but that she has seen major changes in recent months: “Making the toilet facilities private and enclosed was very important for the dignity of the pupils here, especially for the girls who suffered great shame at having nowhere to privately relieve themselves. We are very happy that pupils don’t have to worry about this anymore. We now see pupils washing their hands every time they use the latrine, and following the WASH training, teachers report that children are now engaging much more enthusiastically in keeping the classrooms and school clean.”

The CSR project’s other main activity has been the installation at each school of solar panels for lighting and charging points. This has been a major development, bringing electricity and light to the schools for the first time, as they are all located in areas which are not year linked to the national grid. This has been a tipping point, opening up major new opportunities for the schools. For example, Ntete Primary School had previously been provided with a laptop but had no way in which to charge it. However, the installation of a solar charging point has allowed this to be kept charged up, enabling teachers to download recent curriculum materials via mobile internet and present to pupils on subject matter to which they had previously had no access. 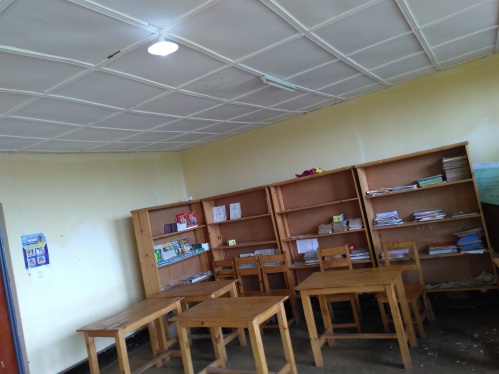 A classroom lit up by a solar-powered light

Another impact reported by all primary schools has been that having light in classrooms for the first time has enabled them to keep the doors open in the evening, allowing pupils to study after hours. This is a major development, as the majority of pupils did not previously have lights in their homes, making it very difficult to complete homework. The benefits of this have been most keenly felt by pupils in class P6, the top year of primary school, who have been able to study in the evenings in preparation for their final exams, which are essential for gaining entry to secondary school.

The project has now passed its mid-point and will run until April 2018, when Rwandans 4 Water will hand over the continuation of the activities to the headteachers of the schools involved. Watch this space for more updates in the coming months!

Last week in Bonn, Germany, the latest round of United Nations Climate negotiations were hosted by Fiji. The talks brought together 197 Parties to progress the implementation of the Paris Agreement starting in 2020. The overarching themes of the negotiations included getting on track towards the Paris Agreement objectives and ultimately achieving the 2030 Sustainable Development Goals, something the Gold Standard has formally recognised in its new guidelines – Gold Standard for the Global Goals.

Key actions at COP23 included Syria announcing it would sign the Paris Agreement. The UK and Canada also lead a new initiative to phase out coal use for electricity generation. Traditional coal powered plants are significant contributors to climate change and impose localised negative pollution effects. Eradicating the use of coal is needed by 2030 for developed nations and no later than 2050 for developing countries in order to meet the critical limit of 1.5°C set in the Paris Agreement.

Fortunately, the plummeting cost of generating electricity from renewables makes clean growth a more viable option for many jurisdictions. This can be helped further by more finance being directed towards climate action. This gathered a lot of attention at COP23 with many country members announcing funds to support the poorest and most vulnerable countries negatively affected by climate change.

Overall, the conference made important progress on implementing the Paris agreement with the international community pledging to take more ambitious action to mitigate climate change. We look forward to the next round of talks, COP24, which takes place in December 2018 in Poland.

According to the Uganda Bureau of Standards, ‘Safe drinking water is water that is free from disease-causing organisms, toxic chemicals, color, smell, and unpleasant taste. In Uganda, safe drinking water is defined as water from a tap and piped water system, borehole, protected well or spring, rain water, or gravity flow schemes. Open water sources including ponds, streams, rivers, lakes, swamps, water holes, unprotected springs, shallow wells, and are considered unsafe water sources which if consumed without treating may cause various diseases’. UBOS

With all the above mentioned water sources, access to clean safe water continues to be a major challenge to the ever increasing population in Uganda. The rampant economic growth in Uganda has led to population increase which comes with high demands for provisions like water, health facilities, and infrastructure among others. Movements from rural areas to informal settlements around urban centers leaves the rural areas much neglected as all service provision is focused in the urban areas.

Otuke District in Northern Uganda is one of the areas that was severely affected by the civil war under the attack of the Lord’s Resistance Army rebels which saw many people migrate to urban areas in search of safety and social amenities. After the war, the people started to slowly return to their homes but provision of social services still remained on a low.

As co2balance continuously expands its safe water projects in Northern Uganda, there continues to be a need a growing need for more water as many more people return to settle in their various villages.

According to the District Water Officer of Otuke, the area is still water stressed with so many villages having non-functional boreholes as a result of high costs of rehabilitating them. This leaves many people completely relying on unsafe water sources like open wells, swamps, water holes for their domestic water.

‘The District water coverage is 67.3%, with water source functionality increasing to 73% from 62% in 2014 before the intervention of co2balance. The number of villages without boreholes still stands at 141 though the total number of dysfunctional boreholes has reduced’, says Joel.

According to him, the partnership with co2balance has helped increase water source functionality to 73%. Co2balance partnered with Otuke District Local government in 2014 after a multi-stakeholders consultative meeting was held. Co2balance’s role was to provide clean safe water to the villages through rehabilitation of broken down boreholes. To date, a total of 45 boreholes have been successfully rehabilitated in the villages in Otuke.

Much as something has been done, access to clean safe water continues to be a growing challenge as many people still rely on unsafe sources like these below.

In the Coastal region of Kenya in Shimba hills Carbon zero has distributed over 10,000 energy efficient cook stoves. The stove beneficiaries highly appreciate the many social, health and economic impact that the stoves have had in their lives. The stoves have also led to the protection of the Shimba hills forest that was under threat before due to anthropogenic activities i.e. cutting down trees for firewood. Majority of the stove users are happy with the stoves performance some even calling it a hero. This has been evidenced through the many success stories that have been shared by the stove owners. 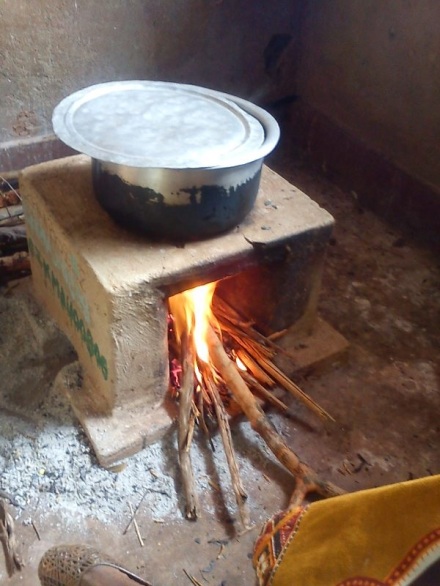 In Maungu one of the project areas under the larger Shimba region we meet Patricia Mwikali who is also a social worker in this community. Aged fifty eight, she shares her home with her husband, daughter in-law and grandson. This has been her sixth year since she benefited from the stove. She says she uses the carbon zero stove at least three times a day and this has brought great improvement to her family’s health and finance. Her daughter in-law doesn’t have to walk for long distances in search of firewood as a few branches of trees pruned and dried from the shamba meet the family’s daily fuel consumption needs thanks to the low fuel consumption CZK stove. Attending women group meetings has never been easier where she mingles with other women who have the same efficient cook stove story to share. She adds that she rears poultry from which she gets her daily income from. At first getting capital to start her project seemed out of reach but as soon as she got the stove, she started saving the money which she used to spend on paraffin and charcoal; and up till now she owns at least three hundred broiler chicken.

The Carbon Zero stoves beneficiaries within Shimba hills are so happy with fuel use reduction giving them ample time do to engage in other economic activities i.e. Domestic farming which generates surplus income. They are also enjoying health improvements especially the big percentage reduction of smoke related infections. It’s a fact that people need forests and that’s where all human beings come in. When you acquire and use an energy efficient cook stove you save a lot on wood fuel which transforms into saving of forests thus helping create a healthier, more prosperous, more productive planet, for you and for everyone