Last month, I returned from a trip to Ethiopia and Kenya where I was able to see projects that are in their infancy but also some of our well-established projects. It was great to see people’s enthusiasm for the projects with the expectation that the projects would make a measurable difference in their lives but also be able to talk to people that have experienced a change and who express their appreciation.

In Ethiopia I attended stakeholder meetings for 5 new projects that are being established together with one of our project partners. It was fantastic to see how professional and thorough the team were in organising the meetings but also how engaged the local communities and also local government were in the work that is planned for the area. 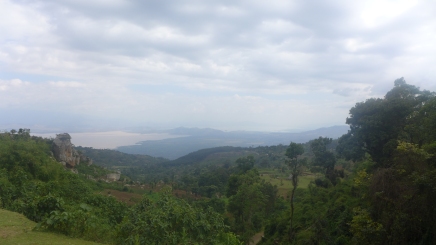 In Kenya, I visited our projects in Meru and close to the coast around Shimba Hills. The contrast in the landscapes and experience from the two different parts of the country was striking, from the fertile soils around Mount Kenya to the vast plains around Kasigau, near Shimba Hills, both were incredible! As always I was impressed by the relationship that our field staff have built with the communities since the project was established and their knowledge of the local area. 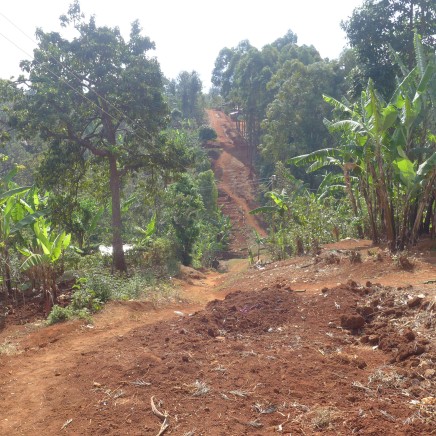 I want to say a big thank you, ameseginalehu and asante to both teams for the trip; it is one I will remember!

Last week was very busy and full of fieldwork for Carbon Zero team. We were out in the field doing verification for our two CDM projects in Kenya that is in Mathira in Nyeri and Kaptagat in Eldoret. Glad that all went well during the verification process.

The field work was characterized by tough walking, climbing hilly terrains, climbing and crossing fences to access the required households. 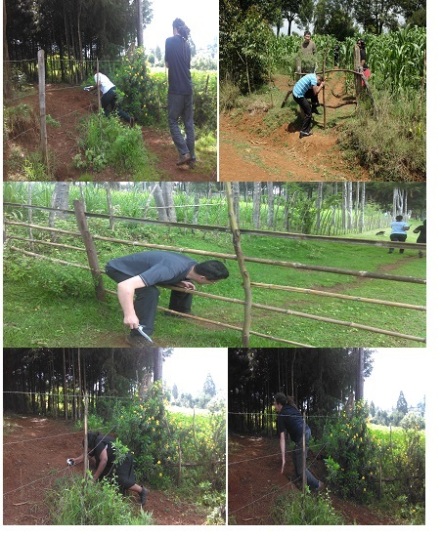 It was a nice experience meeting Carbon Zero cook stove beneficiaries and listen to them share their testimonies regarding the stove. All the visited beneficiaries were glad and praised the stove especially on its high level of efficiency and fuel consumption. Many indicated that Carbon Zero stoves use less wood thus loggers have less demand so less trees are being logged. And over time this has increased vegetation cover.

They also noted that most families pay to purchase wood as cooking fuel and now with a less need for wood, family income have increased. Some families indicated that typical stoves (three stone cook stoves) release clouds of toxic smoke into the home as there is no ‘chimney’ or exhaust tube something that Carbon Zero stoves have been of great help as they have drastically reduced particulates, which means that the families using them have better health than otherwise. Many also pointed at the fact Carbon Zero stoves cook faster thus allowing women to venture into other income generating activities while at the same time giving women time to take care of their families.

Our previous blogs stated our (co2balance) new partnership with World Vision on micro-scale cook stove projects in Baringo and Nakuru Counties in Kenya. Subject to Gold Standard rules before delving into the project implementation it’s vital to do a baseline study to understand the amount of wood combusted and therefore greenhouse gases produced within the project area before being reduced by the project activity.

As a result yesterday the co2balance team represented by Lucas and I were in Nakuru, Wema ADP for the World Vision baseline training. This however came after some in advent delays. We trained 30 data collectors who will be involved in the data collection for the coming KS and KPT. The Baseline is now scheduled for next week. This is good news! 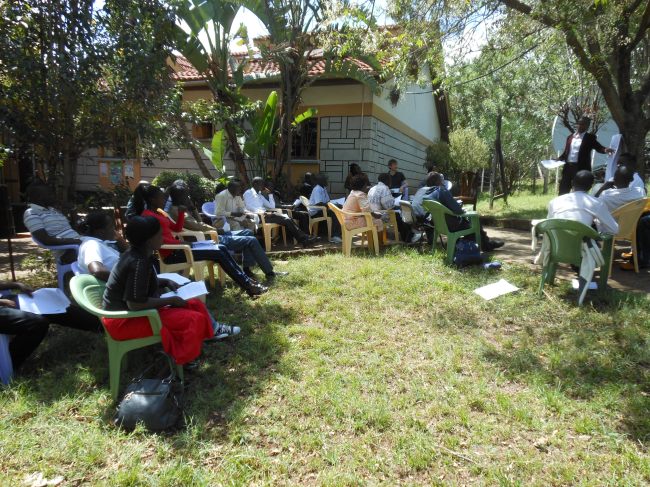 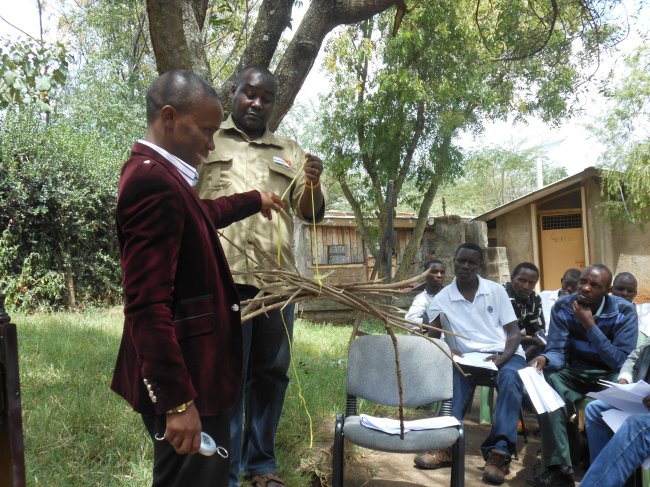 After the training we had to remind the Survey field teams that as they will be going into peoples’ homes, representing co2balance and World Vision they need to do so with respect and be aware that the households are helping by letting them into their homes. We also asked them to remember thanking all households for accepting to be part of the survey.

Bordering the Tsavo East and West national parks lays a small dusty town of Maungu. With a population of at least two thousand inhabitants from different communities unemployment is at a high rate. For most of the population here, charcoal burning serves as their main source of income with charcoal as the dominant fuel used. That was before co2balance came along and donated free cook stoves in which majority if not all members of this community benefited. 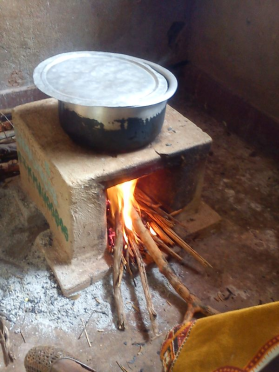 One such beneficiary is Patricia Mwikali who is also a social worker in this community. Aged fifty eight, she shares her home with her husband, daughter in-law and grandson. This has been her third year since she benefited from the stove. She says she uses the carbon zero stove at least three times a day and this has brought great improvement to her family’s health and finance. Her daughter in-law doesn’t have to walk for long distances in search of firewood as a few branches of trees pruned and dried from the farm meet the family’s daily fuel consumption needs, thanks to the low fuel consumption CZK stove.

She says that ‘attending my chama meetings has never been easier where I mingle with other women who have the same efficient cook stove in developmental issues like poultry farming. We rear poultry from which we get our daily income from.’ She say that at first getting capital to start her project seemed out of reach but as soon as she got the stove, she started saving the money which she used to spend on paraffin and charcoal; and up till now they own  three hundred broiler chicken. 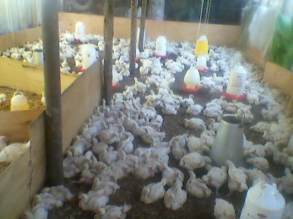 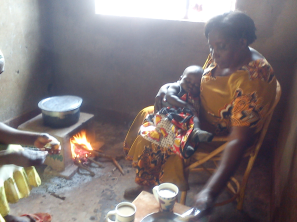 For Patricia, hers is a success story of how co2balance has improved the livelihoods of this community using the carbon zero stove. With the help of the ECLO’s, this particular community has been educated on simple and better ways of how to improve on the environment they live in hence leaving it for future generations in a much better way than they found it.

Our Aberdares clean cook stove project in Kenya started in 2011, and now contains approximately 10,000 stoves. Since the arrival of the carbon zero stoves in Lari district, the beneficiaries have had time to experience the benefits and switched the majority of their cooking over to them.

We recently spoke to Mary Njoki a 65 year old woman from Bathi Village and a single mother of six children who have all married and moved in with their own families. She lives alone with her two grandchildren and manages a small farm to put meals on the table. 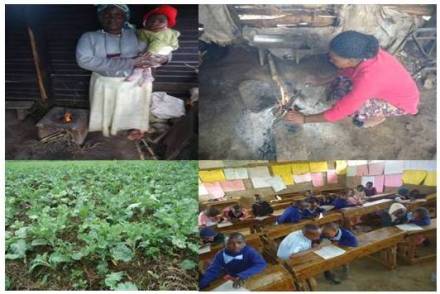 Mary says “the carbon zero stove has really helped me in saving time  and money because  before the introduction  of carbon zero stoves in the area I used to spend much of my  time visiting Kereita forest everyday collecting firewood which  is about 3km from my home, spending like 5 hours in a day. But since I received the carbon zero stove, I only visit kereita forest once per week because the stove is more efficient as compared to 3-stone stoves. On the other hand before introduction of carbon zero stoves I used to spend kshs. 250 to purchase  one bundle which could last for only three days but these days one bundle goes for two weeks with the same mode of cooking as before which means  that I end up saving over Kshs.750 after two weeks”

She also added that ‘nowadays I spend much of my time and money these days to concentrate on my farming activities i.e. planting carrots, kales, potatoes, cabbages and pruning peas trees and also spending some of my money to educate my grandchildren’

She went on to say that, “I can testify that carbon zero stoves produce less soot/smoke as compared to 3-stone stoves which my neighbor Mama Grace uses everyday causing more problems on her family’s health” 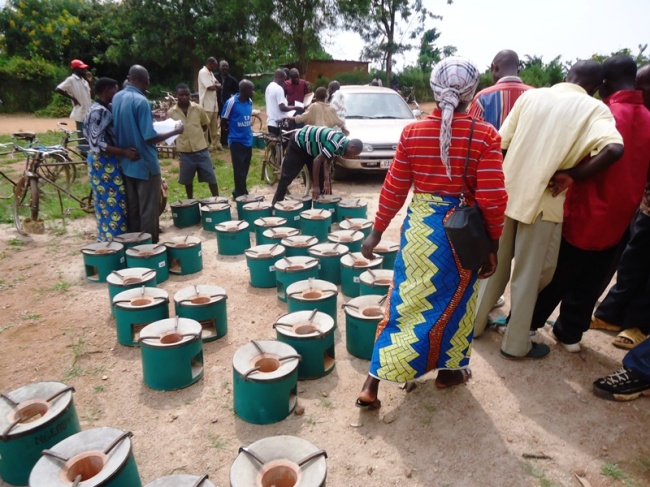 The number of stoves distributed in the first Rwandan project area has now passed the 1,000 stoves mark! Since implementation started earlier in the year, a total of 1,125 stoves have been delivered to communities in the Bugesera District, with more stoves on the way every 2 weeks, including another delivery today! With stove production and distribution in full swing, the number of families benefiting from the project is set to increase rapidly in the coming months.

Due to the expertise that co2balance has in developing carbon projects it has partnered with World Vision  to develop a clean cook stove project in two Counties in Kenya. As a result on 4th and 5th of March 2014 co2balance team together with the World Vision managed to successfully carry out three local stakeholder meetings in Wema – Nakuru County and Mogotio – Baringo County respectively.  The meetings were very crucial as they provided vital feedback from all stakeholders who attended the meetings. More importantly the meetings provided feedback from community members who will be the users of the stoves. Through the meetings much was gathered in relation to the needs of the community in this project that will provide good guidance in rolling out the project. 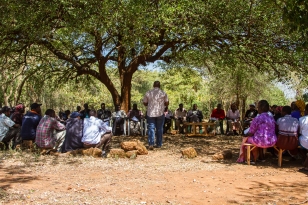 During the meetings it was our pleasure on our part (co2balance represented by Lloyd and Moses) as carbon experts explaining in the simplest way to the communities about carbon credits, carbon market and carbon finance issues that seemed to amaze them very much. Most of the community members were passionate and we look forward to a successful engagement as a result. This is justified by the fact that many of the stoves that were brought on-site for viewing by a local producer called SCODE were bought by stakeholders in attendance even to the surprise of the seller. 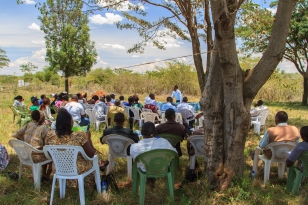 Managing to have government ministries, County government representation and NEMA in the meetings was a great achievement for us as it clearly indicates the kind of support we together with World Vision have from the government. Most importantly was seeing various government officials and NEMA officers in attendance fully endorse the project as they urged the local communities to take advantage of the opportunity.

Listening to the local communities share their sad stories on how their smoked kitchens have negatively affected them and their children moved hearts of many thus confirming the fact that this clean cook stove project could not have come at a better time. Many also narrated stories regarding difficulties they undergo to get these vital pieces of wood; firewood and dear costs and time consumed in search of firewood. Despite all these, we gave them hope in our solution that using clean and energy efficient cook stoves would provide a solution to their current menace. 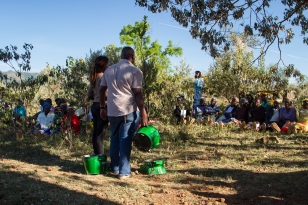 The meetings went well; however to make the process adequately participatory and following Gold Standard requirements we still continue to collect more views from stakeholders through the contacts provided to the stakeholders. At the end of it all, community stakeholders were happy, government officials were happy, world vision were happy, as co2balance representatives we were happy thus with  confidence we can say the three LSC meetings were a success and the battle against climate change continues!

co2balance
Create a free website or blog at WordPress.com.