Last week we received confirmation from the Gold Standard that our first 4 micro scale borehole projects in Malawi had been Listed. This is a land mark in what has been a slow moving project but one that carries an enormous amount of potential.

The project aims to improve access to clean water in one of the world’s poorest countries, ranked 160th out of 182 in the Human Development Index. In fact according to the United Nations about 74% of the population still lives below the poverty line of $1.25 a day and an incredible 90% are below the $2 a day threshold.

Our projects are playing a small but vital role in helping Malawi meet its MDG targets and we have now repaired more than 60 boreholes which are currently providing communities with clean and safe water, while also helping to avoid current and future GHG emissions.

At the end of last week we received an update from our partners, Concern Universal, in Malawi that a total of 62 boreholes have been repaired and are now providing clean water for local communities. This marks a significant milestone in the project to date as it means we can soon submit to the Gold Standard for registration of our 4 VPAs.

The approach we are taking in Malawi is centred firmly on the community; before making any repairs the community must have organised a committee to manage the borehole. This committee is responsible for ensuring that some basic materials and labour are provided by the community before work can begin. We see this as an important step in the process as it affirms the communities buy in and ownership of the boreholes. Without this, it is unlikely that they will effectively manage the resource and further borehole breakdowns are likely to occur.

The next couple of weeks promise to be action packed for the projects team. I am heading out to Malawi to meet with our partners Concern Universal to discuss ways we can work together to deliver even more great projects. While Richard is flying out to Kenya this weekend to prepare for and undertake the site visits for our two CDM cook-stove projects. He will be followed closely by Eszter who has a fantastic trip lined up to Uganda to check on our borehole projects, before heading off to Kenya for the Shimba Hills verification site visit.

While we all welcome the chance to get out of the office these trips are normally jam packed so that we can make the most of them and more often than not we return in need of a long holiday! 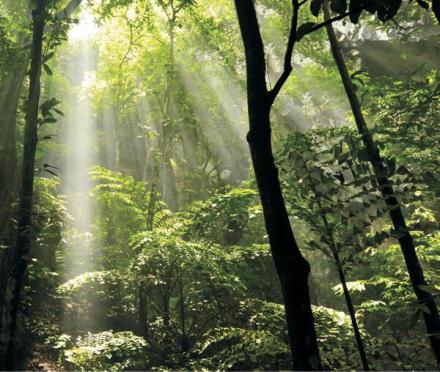 CO2balance is pleased to announce that it has recently submitted 4 micro scale projects to the Gold Standard Foundation for listing. This marks a milestone in our work to date with Concern Universal in Malawi and lays the foundations for scaling up our partnership further.

The projects in question aim to provide safe water to households in rural Malawi through a programme of borehole repairs and drilling followed by a preventative maintenance programme to ensure they continue to provide clean water to communities for the entire 7 year life time of the project.

While Malawi continues to invest and make progress in water sector development, there are still issues of functionality and equity across the country with some districts including Dowa and Kasungu remaining among the least served, estimated at 41% and 61% respectively. Safe water access is even worse across the districts with 24% of the population having access to safe water in TA Dzoole; 26% in TA Kayembe and 32% in TA Chakhaza in Dowa district; 24% in TA Santhe and 40% in TA Kawamba in Kasungu districts.

This is in part due to the high variability and climatic extremes present in this area of continent, but the primary reason is a lack of infrastructure and functionality issues.  Water stress has been shown to be a key barrier in achieving economic development, so achieving the growth necessary to invest in infrastructure remains out of reach in a vicious cycle driven by poverty.

Decentralised water purification systems (such as boreholes and domestic filtration devices) offer a less expensive route to clean water security, but the costs involved in even these small scale interventions are prohibitive for most people at a domestic level.  Therefore the traditional technique of boiling water remains the only viable method of purifying water for households and  around 5% of domestic energy in Africa (primarily in the form of non renewable biomass) is used to treat water in this manner. This project aims to remove the energy barrier of purifying water through boiling by repairing, drilling and maintaining boreholes in undeserved rural communities.

Through its ongoing partnership with Concern Universal, CO2balance has been leveraging carbon finance to improve safe water access in rural Malawi. The innovative project aims to rehabilitate damaged boreholes so that communities no longer have to treat their water through boiling or drink dirty water from unprotected sources. CO2balance then uses the carbon revenues to implement a maintenance programme, ensuring that the units stay functioning for the life time of the project. 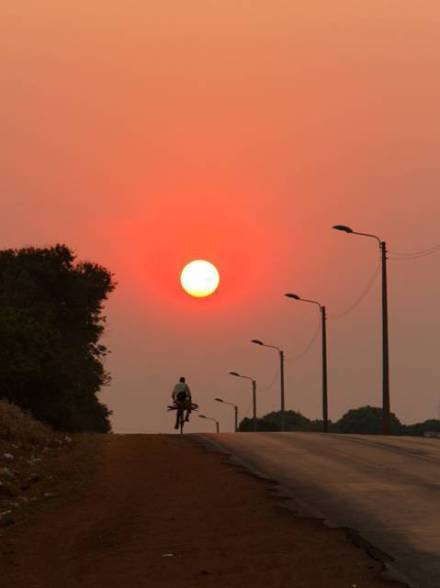 Image: A man cycles home with a bundle of wood on his bike